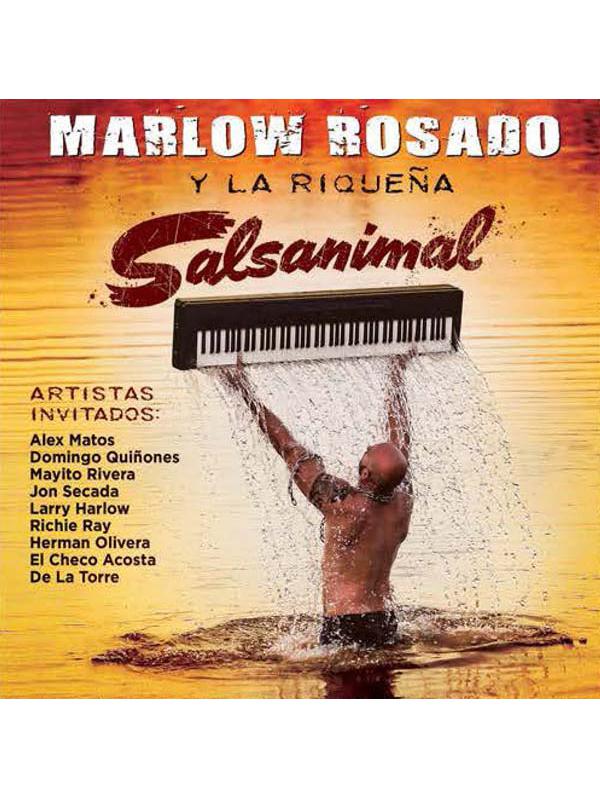 "The foundation of La Riqueña’s success comes directly from the strength and creativity demonstrated by the band throughout the album. This is a group that puts the dura into hard core salsa with strength and conviction, grooving with a heated forward motion while navigating a non-stop chain of hits and breaks. They certainly understand the traditional context of salsa form, but they’re also not restrained by those conventions. At different points, they’ll make quick moves towards bomba, cumbia, bolero, salsa, samba, and more – these changes make so much sense within the context of the song though, the groove just powers forward. The band even makes slight changes to their approach based upon their guest artists, supporting Mayito with a hint of timba on “Así Son,” flavoring “Como Te Extraño” with a touch of romantica behind Alex Matos, all the while keeping their distinct sound. Listening to the band itself is just as satisfying as hearing their impressive list of soneros – “Intro Salsanimal” makes me yearn for a Latin Jazz release from this group. There’s certainly an emphasis upon the eight guest vocalists, but La Riqueña’s regular singers, Javier Merino and José Arroyo find their way around the clave with grace and style. Rosado and the musicians in La Riqueña know their stuff, and they use that knowledge to craft some intricate arrangements and deliver morale performance.
A highpoint of the album of is hearing this outstanding band interact with the multiple guest artists, who each turn in strong performances. Cuban vocalist Mayito Rivera brings his awe inspiring finesse, energy, and masterful musicality to his showcase on “Así Son,” infusing a bit of Van Van fire into the band’s sound. Sonero Herman Olivera, well known for his work with Orquesta Libre, Eddie Palmieri, and more, swings with a cool intensity over the band’s strong drive, spinning out improvised pregones with ease. The band’s performance of “Ok Here Is The Truth” brings Jon Secada’s full-on pop star performance to life with a long stream of tightly arranged breaks that groove just as hard as a steady rhythm. Colombian singer El Chico Acosta turns in an inspired appearance on “Puertas Del Jardin,” singing through the band’s hard swinging mix of cumbia and salsa, bringing a different and appealing sound into the recording. Domingo Quiñones floats over the band’s intensity with a cool suave that results in an interesting blend on “Todo Se Lo Llevó.” In an album highlight, legendary pianist Larry Harlow trades jaw dropping solos with Rosado on “88mil Teclas,” leaving a bit of space for vocal riffs from the unforgettable Richie Ray. It’s a pleasure to hear La Riqueña with this long list of invited artists, as each musician brings a different side of this fine band to the forefront, while they inspire great performances from their guests.
Rosado and La Riqueña carry the flame of salsa dura proudly on Salsanimal, but they don’t stop there; instead they explore a variety of different options without loosing the integrity of the style. Part of the variety comes from inclusion of the special guests, as the band supports them with nods to their musical histories. While it’s fun to hear the band bend to each new singer, they never loose sight of the La Riqueña sound with a ferocious groove and intensive breaks. The solid salsa musicianship is outstanding within the band, leading to some great creative choices and memorable tracks. There’s a number of powerhouse players on the recording, but Rosado serves as the foundation in many levels. His propulsive montunos send the group charging forward, outline the form, and establish the feel with a simultaneous sense of support and control. He’s also quite a composer and arranger, contributing the majority of the songs as well as framing them around creative ideas. There’s obviously quite a bit of respect around Rosado’s work and his band’s professionally, as each singer relishes the band’s immense groove, looking for a half way spot between their comfort zone and the band’s personality. As a result, Salsanimal is a ground shaking salsa recording with a fun combination of variety and surprises that will leave dancers and listeners alike hungry from more tracks from Rosado and La Riqueña