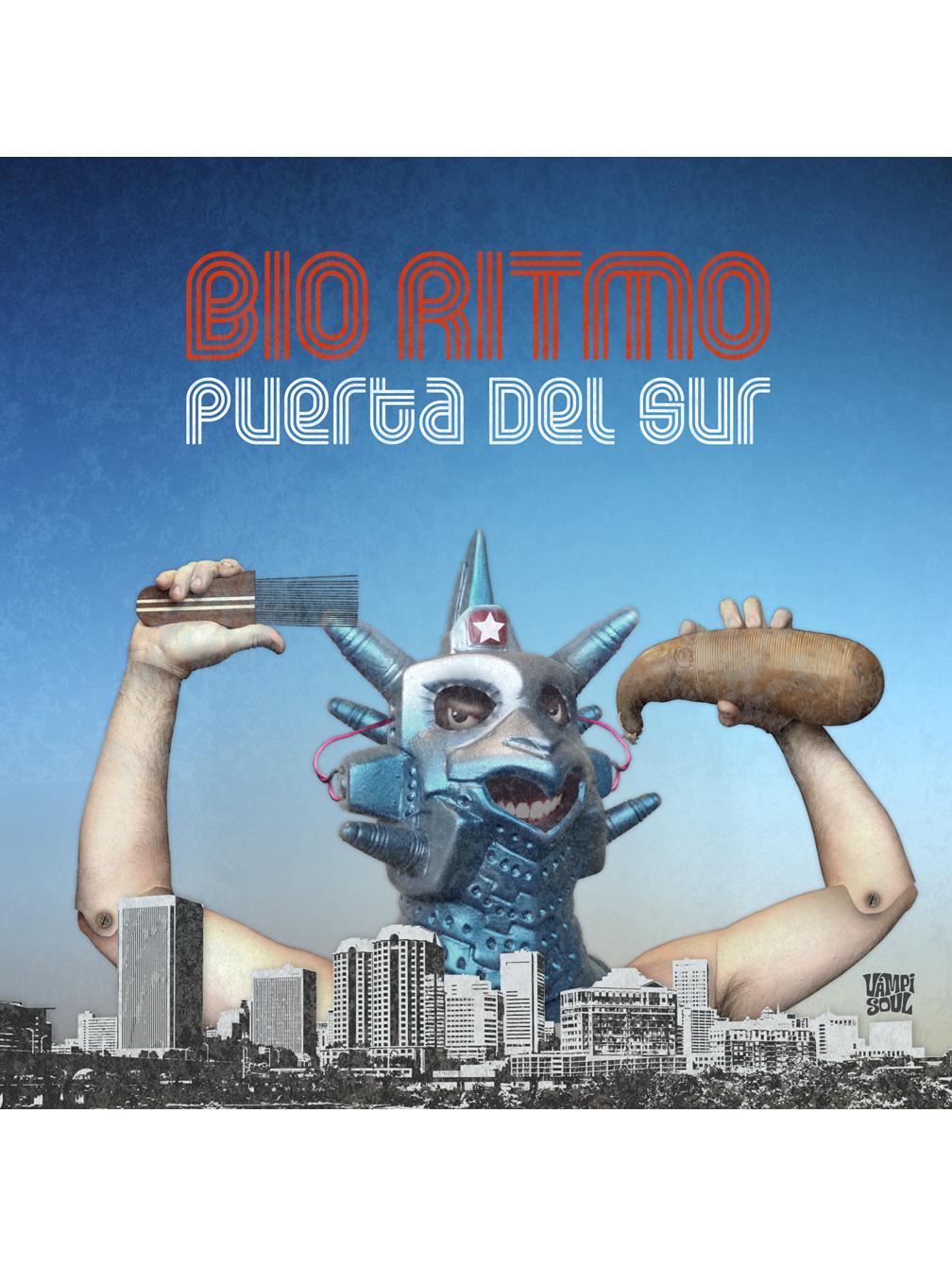 Salsa in de stijl van Barretto, Roena, + classic Fania, ook op LP (Vampisoul), 2014 release. Een van de betere SALSA produkties van 2014.
Blazing a trail by playing some of the hardest hitting and far reaching modern salsa for 23 years now, Bio Ritmo have grown into one of the most intriguing and influential Latin dance bands of the last two decades. They are true rebels who have defied being pigeonholed and have helped pioneer a new generation of musicians (aka nueva generación) that thrive on the spirit of experimentation that once defined the 70s Latin sound that became known as `salsa`. From hipster rock clubs in Brooklyn to `salsa bars` in Cali, Colombia, Bio Ritmo keeps the bodies on the dance floor with their nitty-gritty, vintage grooves while turning heads with their experimental synth tones, innovative harmonies and thought provoking lyrics. They convert the skeptics who only know the overly commercialized, tacky veneer of Latin music and challenge the purist who hitherto believed the genre died during the 90s. They have a fierce, almost punk rock DIY ethos that pervades their attitude and style, releasing their records either by themselves or on indie and hip hop labels like Merge, Fat Beats and, Electric Cowbell. They cite Stereolab and Brazilian psychedelic music as influences in the same breath as name-dropping Ray Barretto, Roberto Roena and classic Fania records. It`s no surprise that their new record, "Puerta Del Sur", is coming out on Vampisoul, a Spanish label whose mission is to resurrect `lost` Latin music."Our mission from day one was to write original music in the classic salsa style," says Bio Ritmo`s Puerto Rican-born lead singer and composer Rei Álvarez, "and experimentation is as much a part of the tradition as the wide-ranging Afro-Cuban genres that it`s based on. Working on "Salsa System" (2006) with legendary Fania Records engineer Jon Fausty was like going to salsa boot camp," Álvarez says. This experience plus a tour to Puerto Rico that same year boosted the group`s confidence and gave them the vision to persevere and embrace their identity. "On "Bionico" (2008), we stopped trying to be a salsa band." That is to say, the group realized that it wasn`t about proving themselves as much as they simply wanted to be authentic to themselves. Then on "La Verdad" (2011, Electric Cowbell) with veteran producer Aaron Levinson (Spanish Harlem Orchestra) it all came together producing "one of the most life-affirming albums of the year". (PopMatters.com)
1. Se les olvidó
2. La vía
3. Picaresca
4. Perdido
5. Motocilengua
6. Pájaro Pío Pío
7. Le dicen dolor
8. Codeína