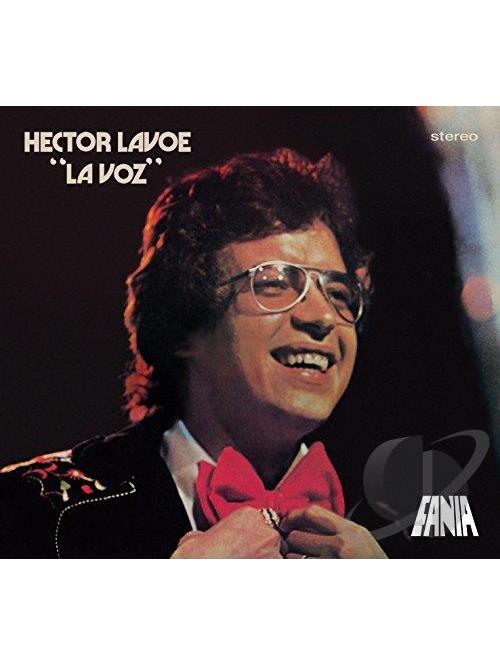 € 11,90
Bestellen Tell a friend
Het klassieke debuut album van Hector Lavoe "La Voz" uit 1975 op Fania, geproduceerd door Willie Colon. Remastered from original analog master tapes. 12-page booklet (ENG/SPA) + bonus pictures. 2010 Codigo - 2016 Wagram.
The title of this album surely says it all. Anyone unfamiliar with this "Cantante de los Cantantes" will be left spellbound with the melted-butter quality of his voice. In the first track, "El Todopoderoso," within his first verse Hector Lavoe sets himself far apart from all contemporaries by virtue of his angelic timbre, only to later outdo himself as he effortlessly soars over the coro. La Voz being Lavoe`s first of nine solo records for the Fania label, he turned to labelmate and longtime collaborator Willie Colón to produce and arrange. From the graceful, sophisticated horn intro on "El Todopoderoso" to the blazing mambo section in "Paraiso de Dulzura," Colón`s mark as arranger is indelible. Unlike fellow Fania artists like Rubén Blades and Willie Colón (both of whom sing coro on this album), Lavoe keeps this record quite vocal-centric, omitting the fiery horn or percussion solos and long dance sections that became so characteristic of the genre. Though these elements are missed, Lavoe certainly keeps interest. In the final track, "Mi Gente," asserts himself as a master sonero. His own improvisational abilities went a long way to establishing his reputation in the first place, and he does not shy away from using them on this project. The experience created by La Voz is a warmth and refinement only achievable by the combination of two factors. The Fania label in its prime, and perhaps New York salsa`s most distinctive voice to date. (All Music Guide)
1. El Todopoderoso
2. Emborrachame De Amor
3. Paraiso De Dulzura
4. Un Amor De La Calle
5. Rompe Saraguey
6. Mucho Amor
7. Tus Ojos
8. Mi Gente