Doin` It In The Park EP - Eddie Palmieri 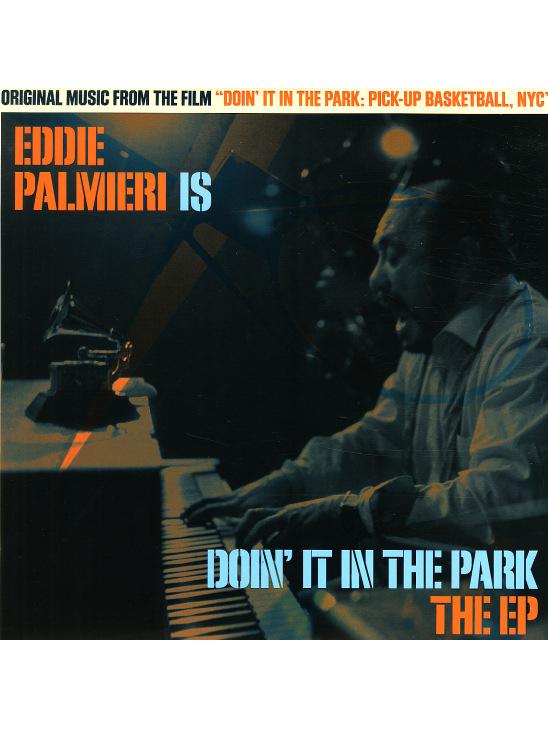 Titel : Doin` It In The Park EP

Eddie Palmieri Is Doin` It In The Park EP (2013 release) recorded especially for a film on pick-up basketball in New York City, and done with a style that really takes us back to Eddie`s best records from years back! The music is very jazzy – with long passages that feature strong solos on piano from Palmieri, vibes from Joe Locke, and baritone sax from Ronnie Cuber – played with a freewheeling intensity that goes way beyond any scene-setting need of a film score, and which is filled with the mix of spontaneous energy and sophisticated ideals of Palmieri`s best compositions. The percussion is wonderful, too – very rootsy, and beautifully recorded – and the whole thing is punctuated by a few short spoken bits from the film. Feat. Little Johnny Rivero, Luques Curtis, Joe Locke & Anthony Carrillo
1. Too Much Dribbling, Yo!
2. Coast To Coast
3. More Moves/The Chef
4. Locked In
5. Last Name Net, First Name All
6. Give The Drummer Some
7. The Essence Of Basketball
8. Jibarita Y Su Son
9. Respect The Architects
10. Bata 2nd & 3rd Movement
11. Mucho Love For This Game