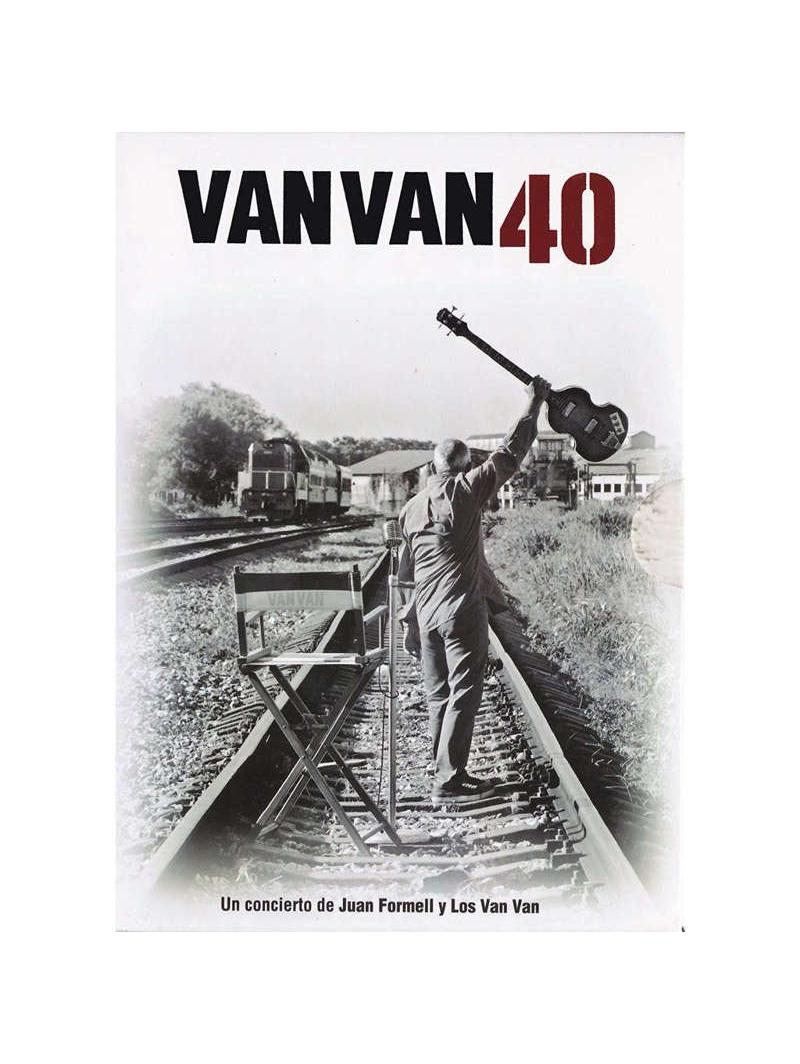 Technically, this DVD is a 2012 film by Ian Padron that contains a December 2009 concert in the Teatro Karl Marx celebrating the 40th anniversary of Los Van Van.
It begins with some wonderful archival video footage from 1969 and then jumps forward to the concert.

Los Van Van always brings something extra to its live performances, and this recital is no exception.   For example, this DVD contains my favorite version of Tú a lo tuyo, yo a lo mío even though it includes the dreaded sing-along section with the audience - the orchestra was in a perfect zone here.  Guest artists include Cesar "Pupy" Pedroso and Pedrito Calvo, who join the orchestra for Pupy`s composition Será que se acabó.  (Pedrito and Mayito have a duet here, and Samuel Formell takes the kind of drum solo in this song that this writer wishes we could hear more often in Los Van Van`s studio recordings.    Naturally, Pedrito stays on the stage for El negro no tiene na`, as does Pupy.   El Tosco, Van Van`s flautist in its early years,  ascends the stage for Dale Dos.   Omara Portuondo has a cameo in Tal Vez, as does Ángel Bonne in Azúcar.  Alexander Abreu joins the group on trumpet for the finale, El Chan Chan.  and all of the other invited guests return to the stage for this as well.

The spoken portions of the film (but not the song lyrics) include subtitles in English. There are also "Backstage" features including an interview with Ángel Bonne, a conversation with César "Pupy" Pedroso and Juan Formell about the beginnings of Los Van Van, and a segment with Juan Formell and Omara Portuondo.  There is also a very nice booklet with photos from Los Van Van`s early years.   The English subtitles are a nice addition, especially since Juan Formell recently received a "Lifetime Achievement Award" in the Latin GRAMMY awards.   As LVV`s 45th anniversary approaches, this writer would like to encourage whomever will be responsible for producing recordings related to that event to consider expanding that concept to include bilingual transcriptions of the lyrics of a song or two as well.

This DVD is highly recommended because of the audiovisual quality of the product, the extra energy that Los Van Van always brings to the best of its live performances, the archival footage and pictures, and the bilingual content, which will help make LVV more accessible to some North American viewers.   It was nominated for a Cubadisco award  in 2013 in the Live Recording category.