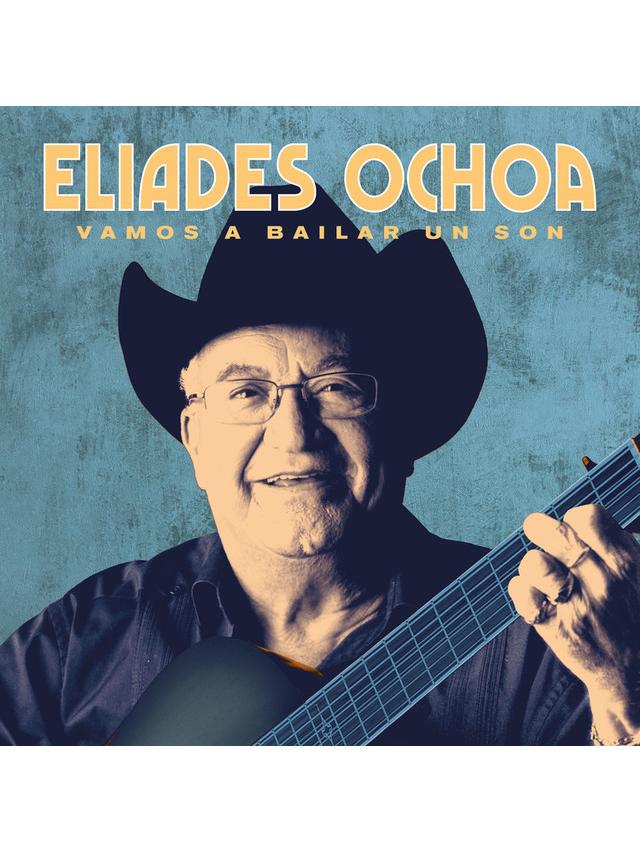 2022 CD van Eliades Ochoa, ter gelegenheid van z`n Europese tournee eind 2022..
Eliades Ochoa is well known worldwide as a Cuban singer and guitarist who has been recording and performing for over 40 years, including as part of the multi-million selling ‘Buena Vista Social Club’ album, released by World Circuit in 1997. This Special Edition reissue of Ochoa’s latest album ‘Vamos A Bailar Un Son’ will be available from October 28th, to coincide with the start of Eliades’ European tour. Originally released in 2020, the album features Eliades’ interpretations of songs by important Latin American composers like Ñico Saquito and Agustín Lara, as well as two compositions written by Eliades himself, one of which is the title track whose accompanying video has so far clocked over 2.6million views. The new Special Edition will be released on CD & LP formats and features 3 previously unheard bonus tracks, two of which are written by Ochoa.