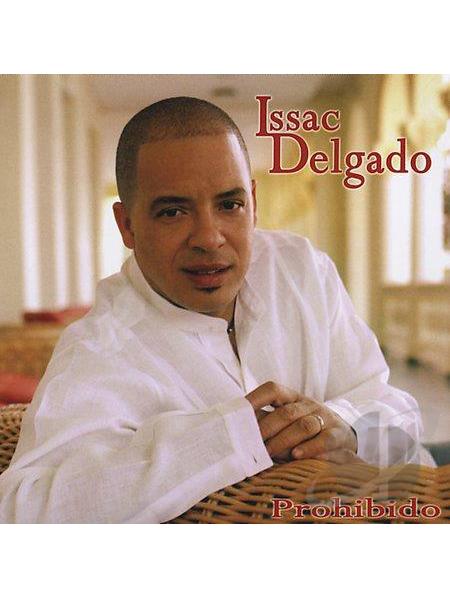 Issac regrouped with his old arranger, Alaín Pérez, José Lugo (of Bobby Valentín fame), Venezuelan percussion brothers Luis and Roberto Quintero and a devastating horn and coro section to create perhaps his most salsa dura release of his career.
"Cántame como ayer" jumps at you and stays in your face for about four minutes and seventeen seconds. José Lugo delivers some nasty arranging on the puertorican induced “Y que tu quieres que haga”. This recording also has some nice suprises, like "El Macao" with a swing rehashing the sounds of the big bands of the 40s and 50s.
Something that was missing from his music was the distinctive bass phrasing from Alaín Pérez and boy, is that bass back. He puts the bass upfront and just messes with it to create unique sounds that can be heard on "Dime cuál es" where Issac also shows his bravado in boasting about his sonero skills in "Qué puedo yo".
Issac Delgado proves that he can hang with any salsero at any tempo. His voice is crisp and has an intensity that he only displays in his live shows. It’s going to be interesting to see if he’s going to make the songs sound more timba in his live shows or straight up salsa. (review by Salsapower)

Issac Delgado presents Prohibido, his first release with the Lusafrica label. After making a name for himself with NG la Banda, the edgy, flagship timba group of the `90s, and several successful solo albums, Delgado has both experience and authority. Pushing fewer envelopes than in previous projects, Prohibido is a very sophisticated and polished album, and undeniably 100 percent salsa. Delgado`s voice has profited from age and comes across simultaneously as cool and smoky, confident and wizened. He has the regal presence of an artist whose place in history is assured. His performance is relaxed, never fiery nor aggressive. This combined with the sleek, flawless performance of his band makes for product that goes down like a well-aged wine -- complex, mature, and very smooth. Though fans of his earlier work may miss the funky, progressive elements to which he owes some measure of his success, Prohibido is a fine work unto itself. It need not ride any coattails; it can stand up on its own as an excellent work of modern salsa.