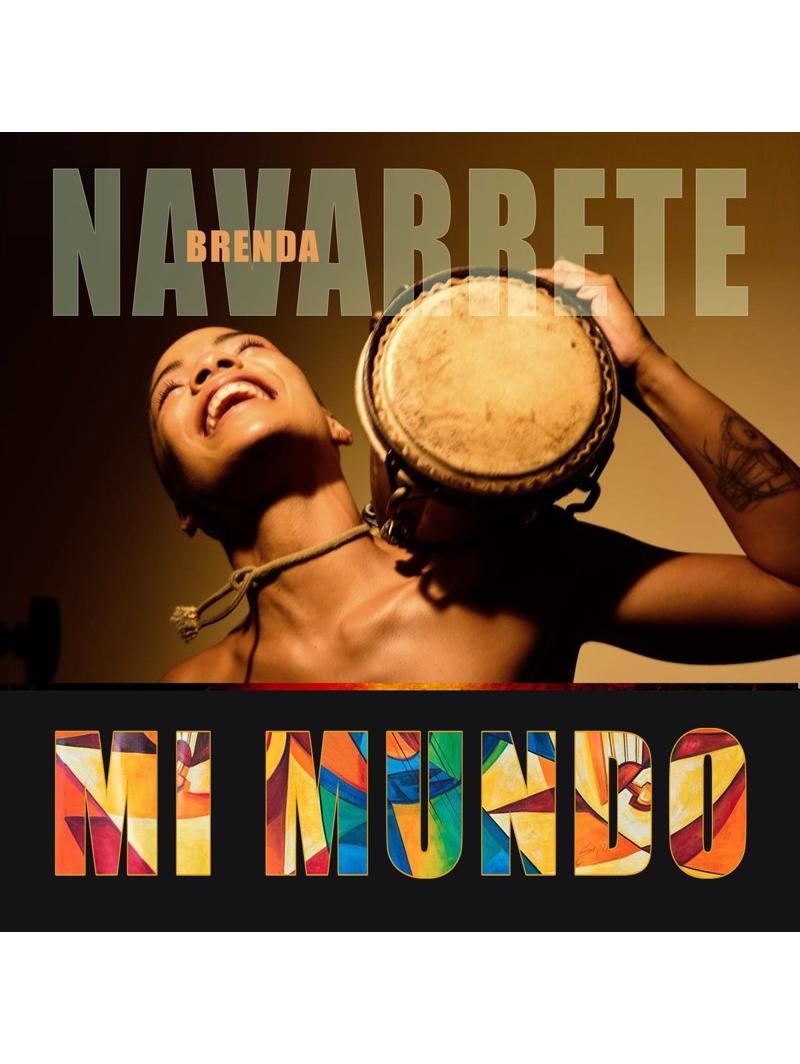 Mi Mundo introduces a shining new star on the world music firmament. This is the solo debut of Brenda Navarrete, a Cuban-based singer, songwriter, percussionist and bandleader of rare skill and musical originality.
The stylistically eclectic album features a variety of group settings, with the primary instruments consisting of drums, piano, electric bass and percussion, including bata and congas played by Navarrete.
Renowned special guests include Horacio ``El Negro`` Hernandez, Rodney Barreto and Jose Carlos on drums, Roberto Carcasses, Rolando Luna, Hilario Duran and Leonardo Ledesman on piano, Alain Perez on bass, Adonis Panter on quinto and Eduardo Sandoval on trombone.
A Ochun is a dynamic and delightful treat that begins with percussion and call and response vocals, which then fade away in favor of gentle piano and flute stylings. When I was a little girl, my sister and I loved to listen to jazz greats like Sarah Vaughan, Ella Fitzgerald and Billie Holiday. I also gravitated to artists like Nat King Cole, John Coltrane, Bobby McFerrin, Miles Davis, Yellow Jackets and Cassandra Wilson, but also BoyzII Men and Take 6. My home environment also featured music from great Cuban artists like Cecilia Cruz, Benny More and Celeste Mendoza. All those artists and musical styles have contributed to my musical growth since I was a child. I adore Cuban music, and mixing all of those styles together with traditional Cuban music is powerful and exhilarating. An example of this original and compelling fusion is Caravana, Brenda`s distinctive take on the Duke Ellington classic Caravan.
Navarrete trained at the Amadeo Roldán Music Conservatory in Havana, where she studied symphonic and Cuban percussion as well as piano. In 2010, she won a national competition at Cuba`s prestigious Fiesta del Tambor, taking first prize in the batá drum category. She had learned Cuban batá, the folkloric two-headed drum used in Santeria rituals, mostly from hearing it from bands on the street (and from listening to Los Papines and Los Muñequitos de Matanzas). And although she has a beautiful voice, precise intonation and phrasing, Navarrete confesses to having no formal vocal training at all.
1. Baba Elegguá
2. Rumbero Como Yo
3. Anana Oyé
4. Caravana
5. Drume Negrita
6. Namaste
7. Taita Bilongo
8. Mulata Linda
9. Cachita
10. A Ochun