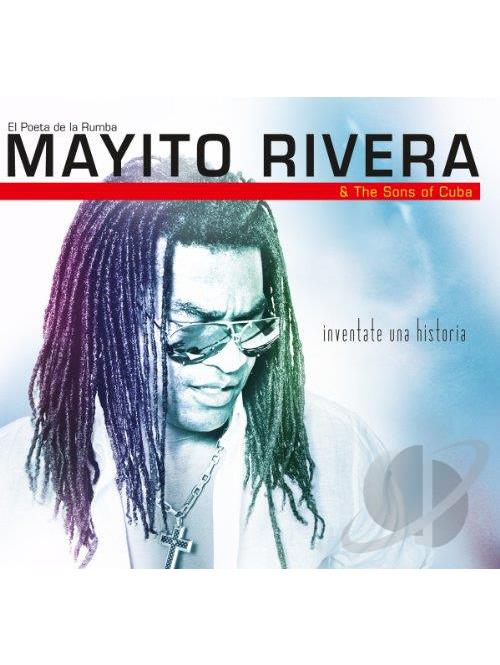 MAYITO RIVERA (El Poeta de la Rumba & Sons of Cuba - Inventate Una Historia (2014)
Since leaving Los Van van, Mayito Rivera has been very busy touring all over the world, recording with Soneros de Verdad and special guesting on a slew of recordings. In less than a year, we get a new CD that`s a mixed bag.
While he`s clearly going for a wider audience, some things worked better than others. "Guachipupa" and "Everybody come on" sound like throwaways/fillers, things he can do in his sleep. And while they are not terrible, Mayito has raised the bar on quality and those two tunes just don`t cut it.
The remaining cuts show why he`s the voice of the Timba generation. The title track starts off with that lush, smooth sound that Ruben Blades created with Editus on "Tiempos". Then it builds and builds with his voice soaring above, as only Mr. Rivera can.
"La vida" starts off with a sublime bass line and quickly moves to a boisterous celebration of life; Guapería kicks in on "Dime qué te parece"; he explores Jazz elements on "Ritmo nuevo Mayombe", his version of Beny More`s "Fiebre de ti" with special guest Manolito Simonet on piano and Julito Padrón on trumpet, showing his vocal range and versatility; always a proud black man, he delves into "Pan con amor bembé" a afro-cuban-yoruba-tribal-rumba sound. Nuff said!
While this album is a departure of some sort, compared to his Timba and son releases, Mayito Rivera wants the world to know that he`s not going to be boxed into one specific genre. In the process, he has enlisted the help of young, fearless musicians to carry out his vision.
Quality recording! (by SalsaPower)
1. Guachipupa (4:15)
2. Everybody Come On (5:36)
3. Inventate una Historia (6:12)
4. Harley Davidson de Cuba (5:36)
5. Dime Que Te Parece (5:26)
6. Fiebre de Ti (3:13)
7. La Vida (5:43)
8. Ritmo Nuevo Mayombe (5:35)
9. La Felicidad (5:46)
10. Pan Con Amor Bembe (5:06)
11. Amapola (4:28)