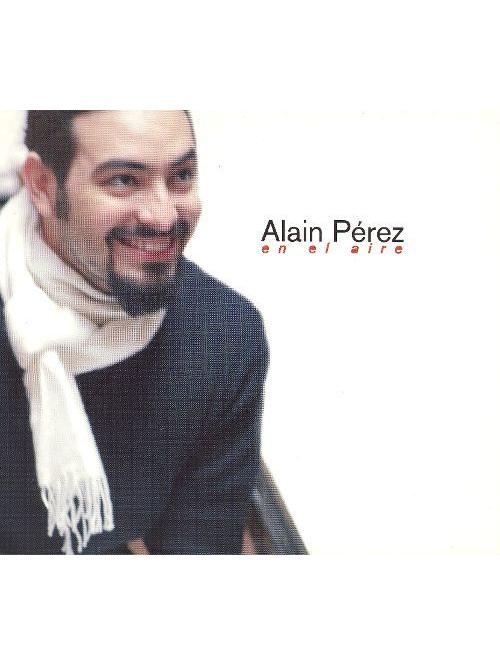 Five-string electric bass guitarist Alain Pérez has talent far beyond his deft and dedicated ability to play his instrument. For this debut recording he has written all the music, including the punchy three-part horn charts, and assembled a band of relative unknowns in the general scheme, to produce a unique brand of progressive jazz with Latin underpinnings and far-reaching, fervent, abounding joy. You`d have to ask Pérez where he came up with all of these brilliant ideas to make music so fresh and original. One could surmise he`s heard his share of Machito and Tito Puente, with generous helpings of the Gil Evans or Thad Jones/Mel Lewis big bands and a dollop of Jack Bruce as dessert.
The music really jumps out of the speakers with the first three outstanding tracks: the title cut with its churning Latin rhythms, contemporary complex horns, and a Fender Rhodes keyboard; the beautiful 120 & 9 with cleverly steamed, boiling, and simmering rhythms constantly shifting up and down; and the bold sounds of La Canchanchara, a little heavy and a lot happy. This is truly unbelievable music, but there`s much more, as a version of Charlie Parker`s Donna Lee begins with a ritual chant, kicks into high gear, stutters into a delay mode, and is hard to pin down in its wild construct. Camino del Oso is delightfully similar to a Weather Report piece in its hip and heavy, danceable modern Latin overtones. La Razon is chunky, funky, and jumpy, Agarrame Si Puedes has melded polyrhythms of 6/8 and 4/4 with a Rhodes-led line aside percussion, and there are three vocal cuts led by Pérez ranging from a love song to a Yoruban chant and a tribute to his grandfather. Do not pass up this wonderful, eclectic, and vibrant effort by Alain Pérez, as good as it gets in the contemporary post-salsa progressive Latin jazz music of now.
1. En El Aire (6:44)
2. 120 & 9 (6:43)
3. La Canchanchara (5:10)
4. Descansa El Sol (4:47)
5. Donna Lee (6:50)
6. Convergancia (3:43)
7. La Rázon (7:41)
8. Camino Del Oso (7:49)
9. Sabor De Mi Rumba (4:43)
10. Agarrame Si Puedes (6:04)
11. A Mi Abuelo Tata (6:01)

On En El Aire, Pérez returns to the style that captured his soul when he performed with Irakere. Bassist, singer and multi-instrumentalist, Alain Pérez was part of the original Chucho Valdés Quartet that recorded on Blue Note Records. At the age of 28, he is the bassist of the renowned Paco de Lucia sextet and for the flamenco singer Enrique Morente. He is also part of the new Jerry Gonzalez quartet. He also has an extensive career as producer, having done productions for companies such as Sony Music (Celia Cruzs most recent recordings) and the most recent production of Calle 54 Records. In 2002, he won the award for best Latin Jazz composition from SGAE with his theme En el Aire