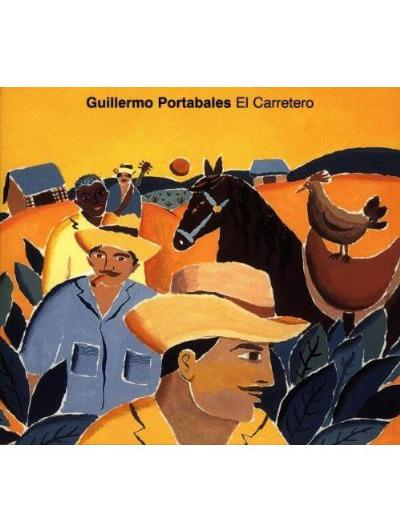 Guitar-backed guajiras seem to be this year`s thing. Portabales (1911-1970) was one of the greatest composers and singers of the rural-nostalgia guajira, a singularly beautiful rhythm and style. You may not know him, but aficionados hold him in awe. This is simply ravishing stuff.

11. Voy a Santiago a Morirme

His voice, and particularly his guitar technique, improved greatly with experience. This is quite clear from the recordings in his fifties, represented by World Circuit WCD 023 Guillermo Portabales, El Carretero. This includes examples from his three recording sessions in the 1960s

For the quality of his voice, its purity and its subtle evocation of emotion, and the exceptionally high calibre of his guitar technique – which is certainly worth attention by young musicians – Portabales must be rated as a performer of the highest calibre even given the unusually high standards of Cuban popular music.

His style is on the Spanish side of creole in contrast to many other Cuban trova performers in the 20th century: his music is clearly in the tradition of the old Spanish-descent countryside people, the guajiros. His repertoire was originally wide, but he came to specialize in guajira-sons and laments, together with some guaracha-sons. With his smooth style, he was known as the creator of la guajira de salón