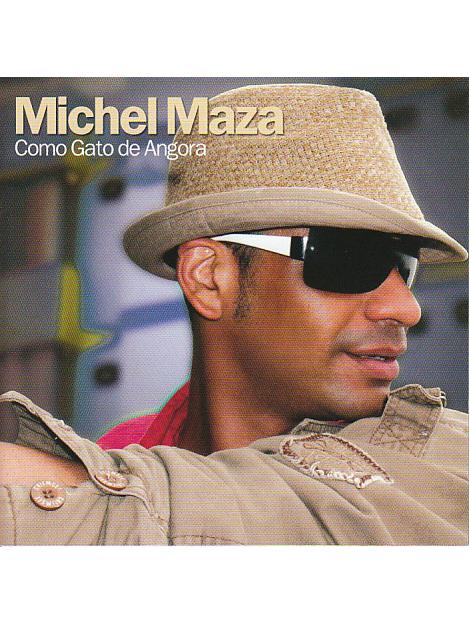 € 16,90
Bestellen Tell a friend
Michel Maza - Como Gato De Angora, 2008 CD op Envidia.
The one who had been the great Charanga Habanera`s star and compared by the media as the new Benny More, comes presenting us his third album with an unusual maturity and unpublished Cuban salsa songs.
One of the kings of Cuban music, Maza, a singer, has put out a string of records that help define the state of Cuban dance genius. Como Gato de Angora doesn`t deviate from Maza`s historical standing, and the singer, an alumnus of Charanga Habanera, rocks the place. Check out the coros on "Llegue Yo," percussive, fast, driving, insistent, rap-like etc. the rest of the tune, loaded with the hallmarks of timba, just takes off. And while the album`s loaded with timba attributes, the news here is that Maza takes on mainstream salsa, and on a tune like "Te Fuiste," he sounds like he`s willing to compete with the Colombian bands that seem to have taken over the salsa scene. The tune moves on beds of trombones and brass, and Maza, no big surprise here, becomes a sonero, with coros that could easily fit in on a Gilberto Santa Rosa album, until the timba breakdown towards the end that electrifies the tune. And the combination works fine, with Maza using some timba styled improvisations against a backdrop of salsa it sounds fresh and good. The level of the band is ridiculous, highly rehearsed, in tune, perfect. Highly Recommended (review by Descarga)
1. Llegue Yo
2. Te Fuiste
3. Buscando Tu Amor
4. Muero Sin Tu Amor
5. Otro En Mi Lugar
6. Que Le Besen Los Pies
7. Nada En Tu Vida
8. Amistad Especial
9. Pa` Que Usted Lo Cante
10. Espectulando