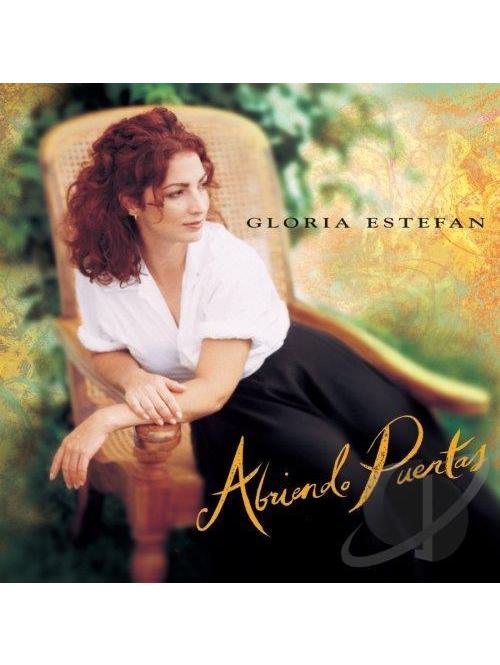 € 9,99
Bestellen Tell a friend
Abriendo Puertas (Opening Doors) is Gloria Estefan`s tweede Spaans-talige album uit 1995.
Abriendo Puertas is about opening doors to the myriad Latin American cultures; therefore, this album features several different Latin styles of music from different parts of the world, including Venezuela, Cuba, Colombia, and the Caribbean. The music combines salsas, merengues, boleros, Afro-Cuban rhythms and chants, and other styles, resulting in a varied, sunny, and delightful album. This set differs from her other Spanish albums because at least half the songs are holiday tunes, with ample reference to Christmas and the New Year (the ballad "Mas Alla" even has Christmas bells in the background). In Latin America, Christmas is in summer, and so, in essence, this is a summer holiday album, which is quite an unusual concept for North American audiences. The songs are naturally positive, with well-meaning wishes for the New Year being a concurrent theme throughout the album. Estefan, as is always the case on her Spanish albums, sounds completely at ease with the material. The music on this album is traditional therefore, there are no true American-style pop or club/dance songs, which is fine because the album should be taken and enjoyed for what it is -- a bright, multicultural Latin American semi-holiday album.
1. Abriendo Puertas (Opening Doors)
2. Tres Deseos (Three Wishes)
3. Mas Alla (Beyond)
4. Dulce Amor (Sweet Love Club Mix)
5. Farolito (Little Star)
6. Nuevo Dia (New Day)
7. La Parranda (The Big Party)
8. Milagro (Miracle)
9. Lejos de Ti (Far From You)
10. Felicidad (Happiness)