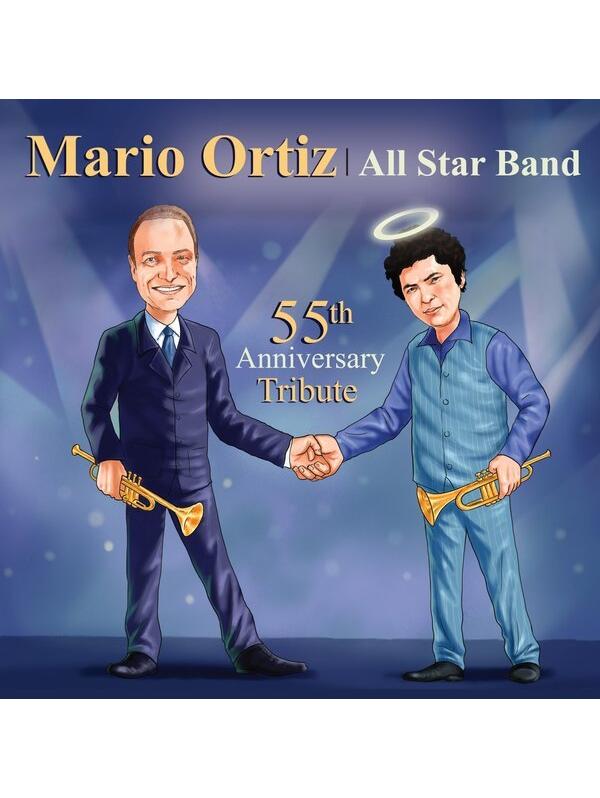 As with Marito’s previous two recordings, the concept behind “55 Aniversario” is to keep alive the memory and music of Marito’s father, the great trumpeter, arranger and bandleader Mario Ortiz.
t turns out that Marito Ortiz participated as guest of Gilberto Santa Rosa’s “40 y Contando” concert in the Coliseum of Puerto Rico in early 2018. As he talked to some of the other guest artists that participated in that concert (which you can watch in HBO), the thought came to him that he ought to do a 3rd album to honor the 55th anniversary of his father’s All Star Band.
By then he had done two albums to honor his late father’s band; the “45 Aniversario” (2010) and the “50 Aniversario” (2014), both albums received Latin Grammy nominations on their respective years for Best Salsa Album. As it is, for this one as well.