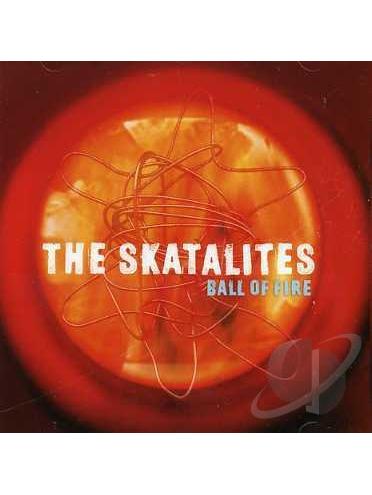 Very nice 90`s instrumental reggae and ska by the Skatalites. Ball of Fire finds a reunited Skatalites reworking their greatest hits, playing long, extended passages that allow the band to demonstrate their substantial instrumental abilities. Fans of the punchy early singles may find this approach a little unsettling, but anyone who gets into the groove will find Ball of Fire to be a delight, a thoroughly respectable comeback from one of ska`s greatest groups.

1. James Bond Theme (7:00)
2. Latin Goes Ska (4:43)
3. Confucious (5:58)
4. Occupation (6:02)
5. Rock Fort Rock (7:01)
6. Eastern Standard Time (5:41)
7. Ball Of Fire (6:52)
8. Swing Easy (6:24)
9. Ringo (6:19)
10. Freedom Sound (8:26)
The Skatalites` return to a major label was long overdue. For a band whose original incarnation had only lasted 14 months in the `60s, their influence had been tremendous. Resurrected in 1983, they were definitely jazzers with a ska beat these days. Ball of Fire was made up of old Skatalites material, all reinterpeted by a band that included four founder members, and it taught a lesson in sophistication and swing to all aspiring ska instrumentalists. Everything had a groove; the solos were fluent and never self-indulgent. In other words, it was everything they ever aspired to be, and glorious fun, too.
The sound quality is awesome, jams are all over, and whether you are new to the Skatalites or not, this album is a must have.
Now this recording offers you some of the finest the Skatalites recorded since their reunion. Featuring special guest Ernest Ranglin on guitar (check his duet with Devon James on "Rock Fort Rock", the Skatalites give you a great rendition of a nice assortment of classics. there are crowd favourites such as "Eastern Standard Time", with Will Clark nicely throwing in a few Don Drummond quotes, or "Latin Goes Ska" with Roland Alphonso at his best.