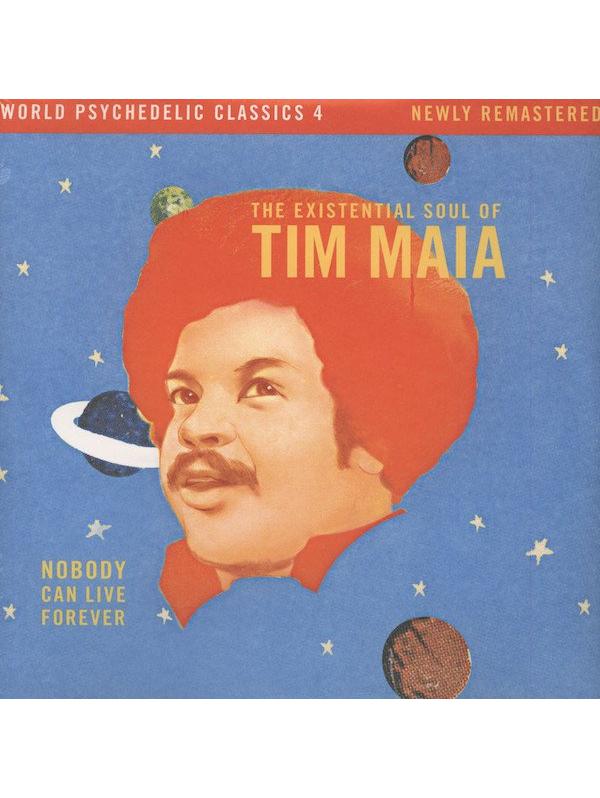 Titel : Nobody Can Live Forever (LP)

Tim Maia Nobody Can Live Forever: The Existential Soul of Tim Maia op 2LP in Luaka Bop`s acclaimed World Psychedelic Classics series coincides with Brazilian Soul icon`s 70th Birthday! 2012 release.
Echt een geweldige dubbel LP verzamelaar van dé Braziliaanse soulman extra-ordinaire Tim Maia, die in z`n turbulente leven een soort bigger than life status vergaarde. "The Man who put the funk in Rio" (NYTImes) en "An Evangelist for Soul" (Mojo) zijn slechts een paar aanbevelingen.
Tim Maia was the man. A soul superstar with outsize talents and appetites, he revolutionized popular music in his native Brazil in the 1970s. He also married five times, served multiple prison sentences, and at the height of his fame, joined a UFO-obsessed religious cult.
After a decade of legal wrangling, Luaka Bop is set to release Nobody Can Live Forever: The Existential Soul of Tim Maia, a fifteen track survey of Maia`s 1970s recordings, completely remastered, commemorating what would have been the Brazilian musical legend`s 70th birthday on September 28. The release is the fourth in the label`s World Psychedelic Classics series, known for unearthing long neglected masterworks by Os Mutantes, Shuggie Otis, and one of the first compilations of African psychedelia and funk.
Tim Maia`s story is the stuff of legend, and indeed he is the subject of a best-selling biography, TV movie, and hit musical in Brazil. Growing up in Rio, he formed his first band at age 14 and taught local gang members to play guitar. In 1959, aged 17, he illegally emigrated to Tarrytown, NY where he studied communications, worked as a janitor, and formed a new band, The Ideals. Four years later he was jailed and deported for smoking marijuana in a stolen car. He returned to Brazil deeply inspired by American soul music and the civil rights movement and began writing songs in earnest.
Maia`s 1970 debut LP has been called "a massive cannonball into the pool" of Brazilian culture, the ripples of which are still visible today. The album linked Brazilian pop music and American soul in a way that was genuinely new, and it spent 24 weeks on the charts. Other landmark recordings would follow, but in 1976, Maia joined the Racional Energy cult, at which point he shed his vices, dressed in white robes, and performed and recorded only for cult members. Maia would later distance himself from Racional Energy, but the mythos surrounding him only grew. He died, 55 years old and obese, after an onstage heart attack in 1998.