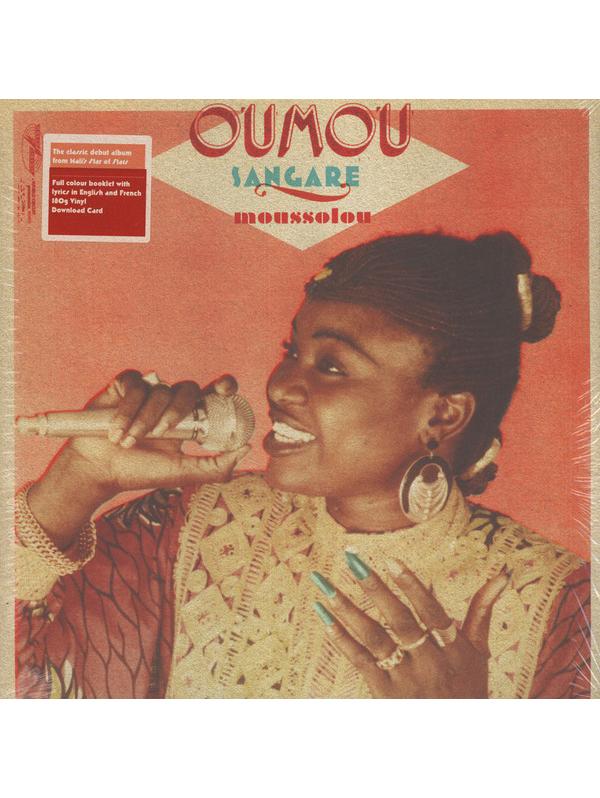 2016 reïssue Lp op 180 gram vinyl van deze opnames Moussolou, uit 1991 van de Malinese zangeres Oumou Sangare.
In 1989 Oumou Sangare, a young singer from the Wassoulou region of southern Mali, went to the JBZ studio in Abidjan, Cote d`Ivoire to record her debut album. Except for electric guitar and bass, the line-up was traditional - kamalengoni or 5-string `youth`s harp`, karinyang (iron scraper) and violin (substituting the local one-string fiddle). The music they recorded was exactly the kind of music performed by hunters to charm the wild animals and invoke the protecting spirits, but with updated lyrics reflecting the concerns of young women living in African cities today. The music of Wassoulou, with its funky beat and strong melodies has become increasingly popular in Mali over the last few years. But no one could have foretold the wild success of Oumou Sangare`s recording, which within a few months had sold over one hundred thousand copies in West Africa alone - not counting bootlegs. This was Mali`s best selling cassette ever. And not a drum machine or synthesizer on it! The vinyl is pressed on 180 gram heavyweight vinyl, deluxe sleeve and with a beautiful 10 page booklet and download card.