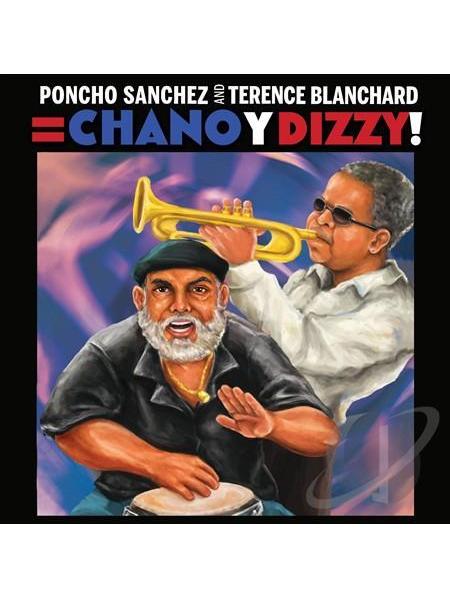 Latin jazz percussionist Poncho Sanchez teams up with trumpeter Terence Blanchard to pay tribute to the innovative Afro-Cuban jazz recordings of Dizzy Gillespie and Chano Pozo on 2011`s Chano y Dizzy! Introduced to each other in 1947, legendary bebop trumpeter Gillespie and equally famous Cuban congo player Pozo created what was to be called Afro-Cuban jazz and helped spur the development of Latin jazz. Consequently, their names are synonymous with such compositions as "Tin Tin Deo," "Con Alma," and "Manteca" -- all of which are covered here. Long an avowed acolyte of Gillespie and Pozo, Sanchez is the perfect musician to delve into this music, as is Blanchard, who clearly has an affinity for Latin-infused jazz. While Sanchez and Blanchard tackle such Afro-Cuban-associated gems as Gillespie`s "Groovin` High" and even Pozo`s punchy and bright 1930s composition "Ariñañara," they also explore some more contemporary pieces well suited to the vibe. Among these are the steamy Ivan Lins ballad "Nocturna" (which Blanchard also covered on his 2003 release Bounce) as well as Ernesto Lecuona`s languid ballroom number "Siboney." In keeping with the Latin bop aesthetic, there are also some fine small big-band originals from Sanchez`s band, including trombonist Francisco Torres` driving "Promenade" and trumpeter Ron Blake`s funky boogaloo "Harris` Walk." An inspired and heartfelt tribute, Chano y Dizzy! is a must-hear for Latin jazz fans as well as longtime Sanchez and Blanchard listeners.