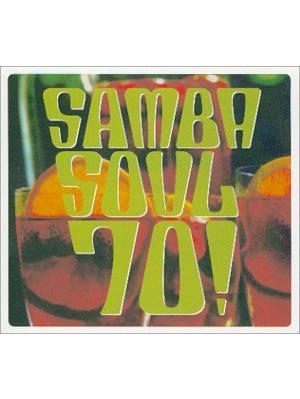 In the late `60s and `70s the funk and soul music of James Brown, Aretha Franklin, and many other African American superstars sparked a cultural awakening of black pride around the world. In Brazil that awakening expressed itself in the music of young people of color from Rio to São Paulo, who Brazilianized those North American styles into their own groove thang. The result was a musical movement called samba soul, and this thrilling 16-track collection offers a sizzling, seductive, and syncopated snapshot of the best singles from the period. The genre emphasized snappy backbeats, deep and funky bass lines, and jazz horn sections with tinges of salsa and homegrown samba. Jorge Ben`s uptempo "Cosa Nostra," performed by Erlon Chaves, was the anthem of the era, and organist Ed Lincoln`s pioneering De Savoya Combo, along with Trio Mocoto, laid the foundations for the genre with their respective hits "Jogaram o Caxanga" and "Que Nega e Essa." The musical range of Samba Soul reaches from the CTI Records-sounding jazz fusion of Orlandivo`s "Onde Anda o Meu Amor" to guitarist Bebebto`s discofied shoutout to Africa, "Princesa Negra de Angola," and the proto-bossa nova of Wilson Simonal`s "Não Vem Que Não Tem." The great Afro-Cuban conguero Mongo Santamaria is given tribute on Som Tres`s south-of-the-equator boogaloo "Homenagem a Mongo." Today DJs from around the globe are sampling this music, but with this disc you can dance and trance to the real thing: a truly African American music on a hemispheric scale.

This is Brazil`s answer to American Soul music from the 70`s. It is funky like anything you would hear from the American Blaxploitation era. Each groove is catchy and although it is influenced by American soul music, it has a true Brazilian flair that makes it a style all its own. Brazilian soul music, like the songs found on this album, add elements of traditional Brazilian music to it, such as the usage of samba beats and the cuica (for those of you that don`t know - it`s that instrument that sounds like a monkey.
This funky grooved up Brazillian music goes far beyond Sergio Mendes.