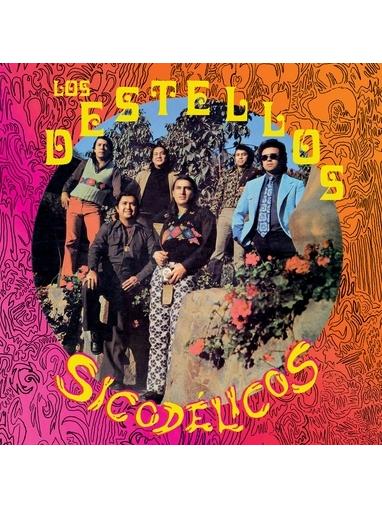 In 1968 Enrique Delgado, leader of Los Destellos, launched an original musical proposition that combined tropical music, rock and touches from other genres, which he arranged by drawing on his extensive experience accompanying stars of Andean and coastal music from Peru. He was determined to find his own style and created an earthy vibe that people still love dancing to today. Delgado was a precocious musician from Lima, passionate about waltzes, polkas and marineras from Creole music from an early age, founding Los Destellos in 1966 for purely commercial reasons, aiming to liven up exclusive social gatherings with a wide repertoire of danceable music. In mid-1967 he revamped the band to embark on the task of creating a new style that would be a hit with dance fans and guarantee economic success, influenced by the visit of Hugo Blanco to different cities across Peru, playing cumbias and other tropical rhythms using the harp as a solo instrument. Rock was another ingredient that this Beatles fan added to the mix; his goal was to find a formula through which he could integrate the different musical genres from Peru, ranging from Creole music from the Pacific coast to the exotic dances from the Amazon, thereby acknowledging Peruvian cultural diversity. He put all the ingredients together and mixed them well before going into the recording studio. Halfway through 1968, Fernando Quiroz joined the line-up. Delgado was looking for a guitarist who played rock and was recommended Fernando, who had played Los Zany`s. This line-up also included Carlos Ramírez, Eduardo Rivera, and Rodolfo Casaretto. Sicodelicos selects the Los Destellos tracks closest to the genres of psychedelia, beat and boogaloo, released between 1968 and 1978, with Enrique playing lead guitar on the bulk of them. In the 21st century, several compilations such as Vampisoul`s own Cumbia Beat (VAMPI 116CD/LP, VAMPI 143CD/LP) series have helped globalize Peruvian cumbia, winning fans from all over the world. Led by Delgado, Los Destellos truly defined the sound of Peruvian cumbia with the incorporation of diverse influences and the use of electric guitars. These 20 irresistible songs are essential elements of Peruvian cumbia, the rhythm that changed the face of Lima, shook the Andes and spread like a forest fire across the Amazon basin. For fans of Los Mirlos, Link Wray, Davie Allan, and surf instrumentals.