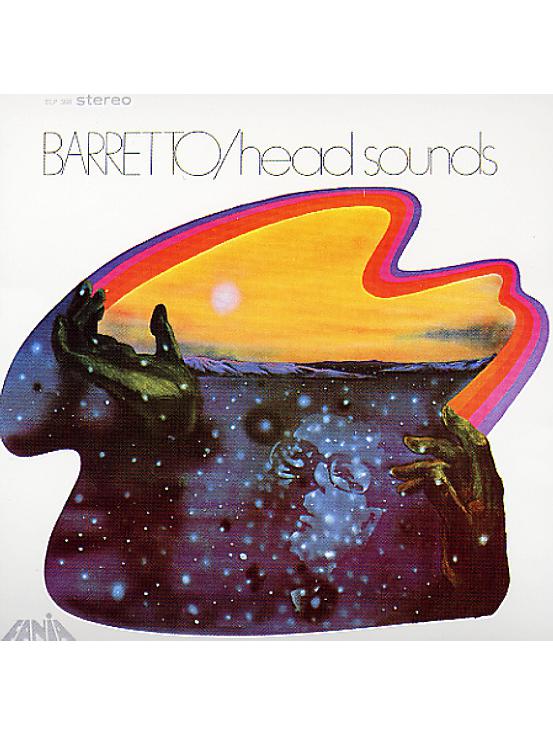 Vijf-track reïssue LP, verzamel van latin-jazz opnames van master conguero Ray Barretto
"Head Sounds" is a heck of a great way to describe this album – as it`s filled with some of Ray`s most mind-expanding cuts! The album kicks off with the tune "Acid", which you probably know from the album of the same name, but which still really does a great job of setting the pace here – and then it rolls into some fantastic longer cuts that really have a very strong jazz component. Ray and the group stretch out tremendously, hitting off-color notes and tones that almost make the record feel like one of Eddie Palmieri`s jammers from the same time. 3 tracks on the set are over 8 minutes long.
This interesting collection features some of Ray`s earliest Latin Jazz recordings in a very experimental and free-flowing style. Prior to his becoming a Salsa legend, Ray was a jazz drummer who played with such luminaries as Red Garland and Dizzy Gillespie --as such,his jazz influences show strongly on this fine 1971 release. Here you have African/Afro Cuban/Latin/Jazz elements melding seamlessly.
SIDE A:
1. Acid (5:05)
2. Tin Tin Deo (8:20)
3. Abidjan (4:52)
SIDE B:
1. Drum Poem (Free Spirit) (8:05)
2. Espiritu Libre (8:25)