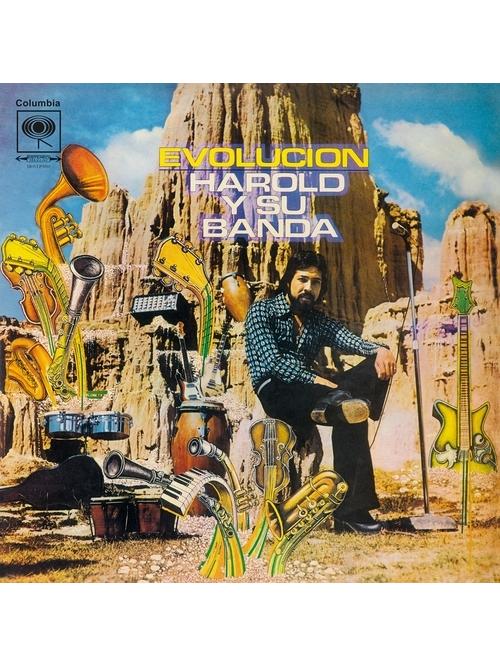 2022 reïssue from this 1975 Colombian latin-funk LP on green 180-gram vinyl.
Evolucion by Harold Y Su Banda is a 1975 production of funky rhythms and lush soundscapes, recorded in Bogotá between 1973 and 1975 at the legendary Ingeson Studios. The album is known to many aficionados of Columbian/Latin funk and features rumbling base-lines, stylish afro funk guitars and a dynamic brass section. This rarity is considered by many to be one of the best Columbian records of the Seventies.
Harold Orozco was an integral force behind Columbia`s La Nueva Ola rock (New Wave)/beat scene during the Sixties, which looked to American and British popular rock groups for inspiration. Instead of simply covering, Columbian musicians branched out and explored new avenues of sound in the late Sixties and early Seventies.
Evolucion is available as a limited edition of 1000 individually numbered copies on translucent green coloured vinyl.
LADO A:
1. Evolución
2. Alguien
3. Yany Yany
LADO B:
1. Bajo El Sol
2. Latino
3. Ansias De Vivir
4. Busque El Gato