Do The Boogaloo (LP) - Orquesta Novel 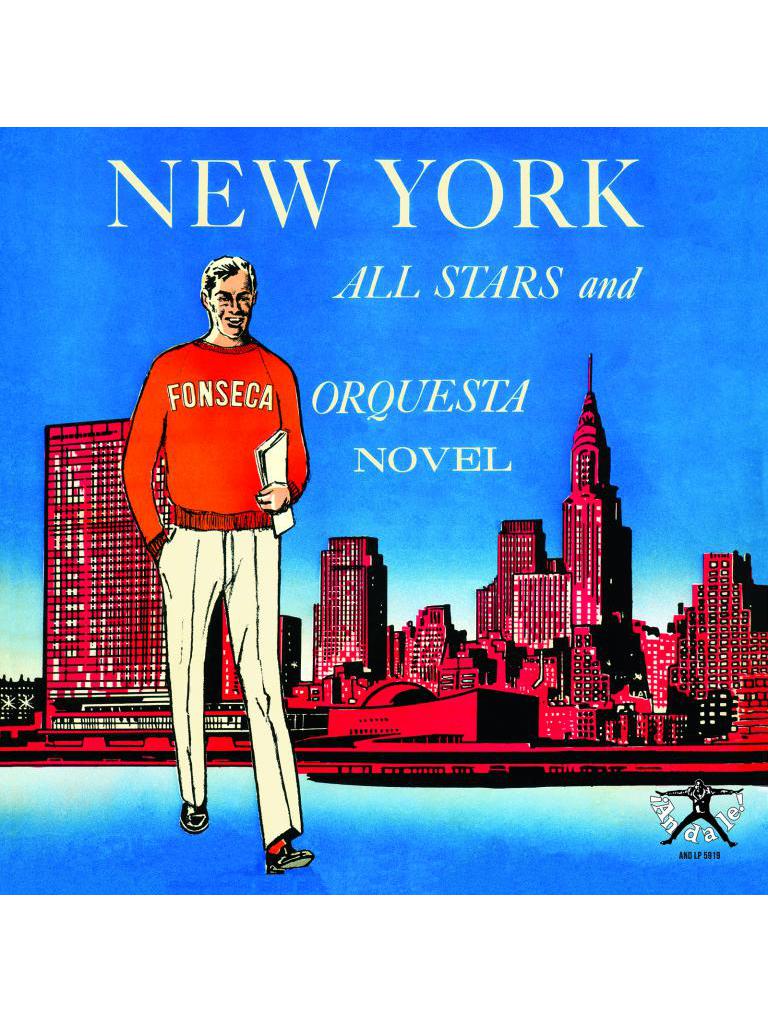 Titel : Do The Boogaloo (LP)

If Motown was the sound of young, black Detroit, and Stax was the sound of young, black Memphis, Fonseca was surely the sound of young, Puerto Rican New York. With the release of Do The Boogaloo by Orquesta Novel, Tuff City’s ¡Andale! imprint further explores the wonderful and always musically valuable vaults of Carmelo Fonseca’s eponymous New York label. This release was the first ever by the group Orquesta Novel, who would go on to sustain a decades-long career, recording for the best labels in the business from Tito Rodriguez’ TR Records to the famed Fania Label.
Formed in 1961 by singer Eddie Rodriguez and timpanist Hector Zeno, Orquesta Novel started with nine musicians, among them violinist and flutist Heny Alvarez (the hommy) and pianist Gil Suarez (the Fifth Guajira). Towards the late 60s (Do The Boogaloo came out in 1967) their name started to stick. This album is almost typical of Fonseca’s unique combination of youthful, new-generation exuberance with old-school musical expertise. From boogaloo to son to descarga to mambo the group infuses, with an almost MGs-like simplicity and youthfulness, older ensemble sounds that include flute and violin.
Though, as was said, the group went to have a long and successful career, this album is squarely within ¡Andale!’s mission statement of capturing the sound of young, Puerto Rican New York, as it brought youthful simplicity and energy while still maintaining the mantel of Latin traditions
Side A:
1. Do The Boogaloo (3:16)
2. Son Sabroson (3:07)
3. Nuestas Vidas (3:26)
4. Apetitosa (3:06)
5. Muchacha (2:34)
Side B:
1. Descarga Novel (3:17)
2. Guantanamo (3:09)
3. Nocturno (2:47)
4. Mambo For Naguado (2:44)
5. I Wish You Love (1:57)