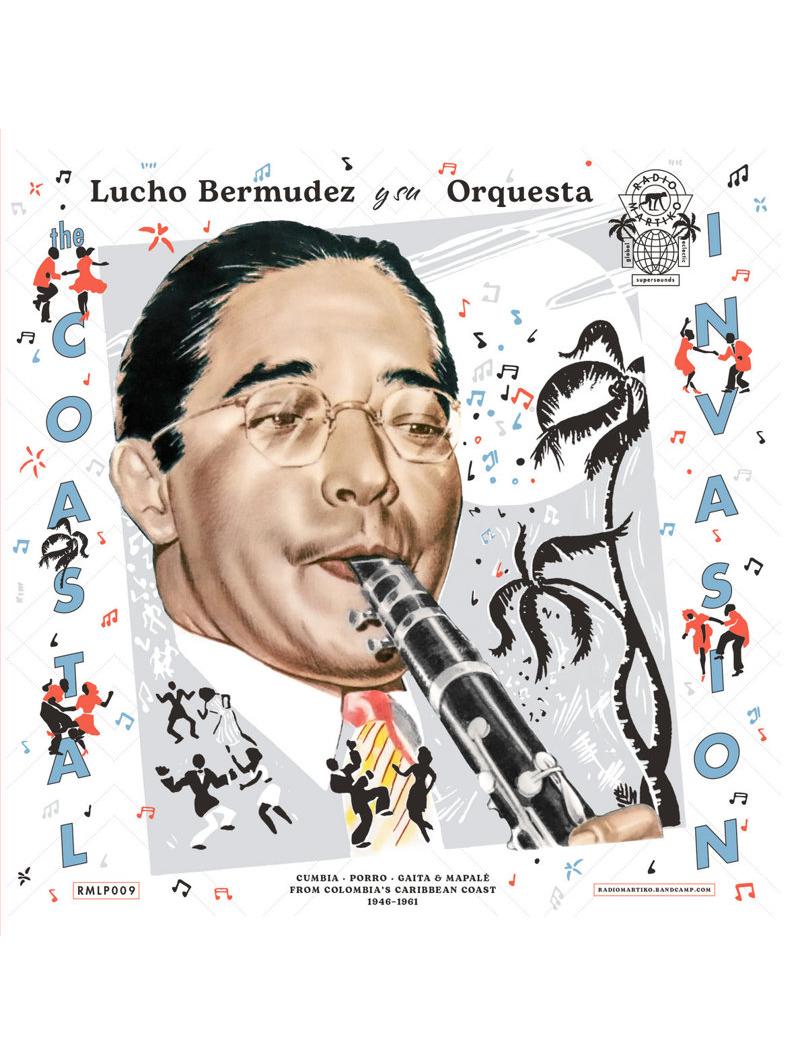 The Coastal Invasion’ highlights the golden age of big band cumbia and the maestro who is often seen as Colombia’s most influential composer, Lucho Bermudez.
Bermudez was a key figure who modernised the tropical music of Colombia`s Caribbean coast. At the beginning of the 20th century, this music was largely looked down on. Bermudez changed all that by injecting a modern, jazzy big band sound to the Afro-Colombian sounds from his native region.
The infectious Afro-Amerindian dance rhythms of Lucho Bermudez y su Orquesta took over the elite nightclubs of Bogota and Medellin and from there, his music spread all over Latin America. For many Colombians, the songs of Lucho Bermudez and his wife and starlet singer Matilde Diaz represent the sound of their nation.
This compilation contains a selection of the music of Lucho Bermúdez y su Orquesta recorded during the years that they lived and worked in Medellín, probably the best work the orchestra ever recorded.