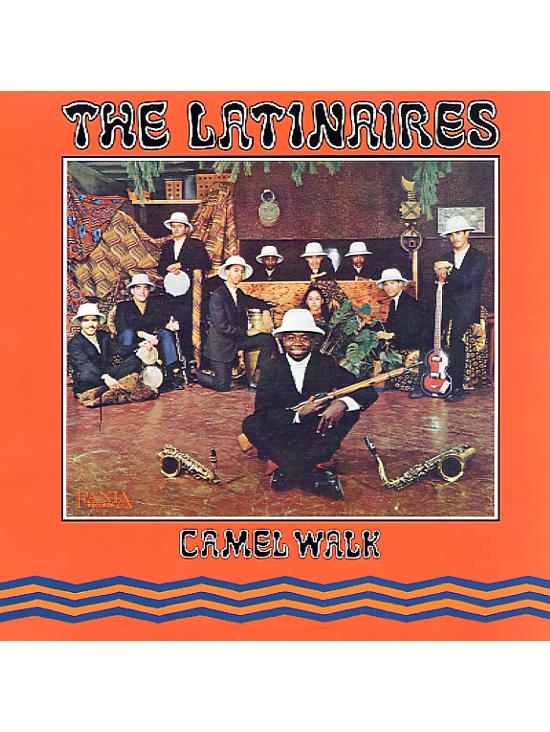 This 1968 very fine latin soul record is one of the hardest to find from the late 60`s boogaloo era, and it`s a massive stormer filled with tasty grooves! The band is small and tight, with a 2-sax frontline, for an extra-soulful sound. Vocals are in English and Spanish, and the album wails away like a siren out of control. Things kick off with the organ-heavy instrumental, "Camel Walk" – then they leap into one of the catchiest vocal numbers ever from Fania, the tasty "Afro-Shingaling" – which starts with Ray Ramirez shouting "I just come from Africa – and I learned to do the Shing-a-ling!
The Latinaires were a group out of the Bronx (that I’d originally confused with Little Joe & the Latinaires, who are a totally different group from Tejas), with a real distinctive sound. Unlike a host of other Latin bands of the time and later on, their horn section consisted of nothing but reeds, no trumpets and no trombones, soon to be staples of the Salsa sound. On “Camel Walk” there’s also the addition of some almost psychedelic organ playing that doesn’t sound like anything else from this period. With all of the talent on display here (and I’m sure also on their second record release a couple years later on Cotique) it’s a shame this group didn’t record much mroe than they did. But that’s a shame shared by many out of this period of time. We should just be thankful that they made music at a period of time where labels like Fania were interested in being the voice of a community documenting what we now recognize as a monumental change
Side A:
A1. Camel Walk (2:45)
A2. Afro-Shingaling (3:55)
A3. Milagros (4:35)
A4. Creation (3:15)
Side B:
B1. Fuiste (2:27)
B2. Chevere (4:32)
B3. Guajira (4:57)
B4. Ya Llegaron (2:36)