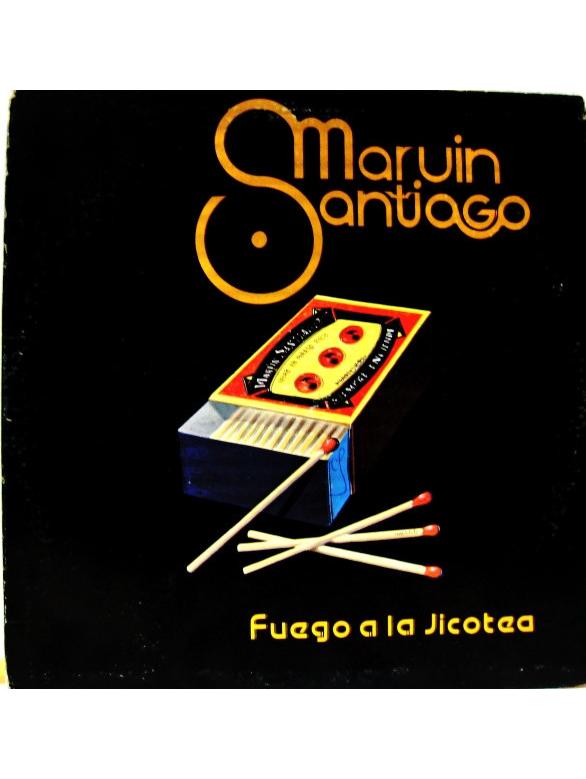 "Famous arranger and producer Jorge Millet knew Santiago well and their friendship could be traced back to the late 1960s when they met while both lived in the city of Chicago. Millet was aware of Santiago`s potential and as a friend wanted to lend him a helping hand by giving him the opportunity to record as a solo artist. As producer and talent scout for TH Records, Millet was able to provide the arrangements, musicians and artwork for Santiago`s debut album with the label. The album, "Fuego A La Jicotea", was released in 1979. The album was very successful and considered a classic for many music fans. The album`s title track, written by Cortijo, was a major hit in Puerto Rico and Venezuela. The song was a thinly-veiled ode to marijuana. Santiago`s remake of a song from his days in Cortijo, "Vasos En Colores", was also a major hit from the album and remained in his live repertoire throughout his career. Other hits from the album were "La Picúa", a veiled homage to the female anatomy, and "El Mangoneo" (a Mozambique very much in the style of Cortijo`s "Sorongo")." (wikipedia)