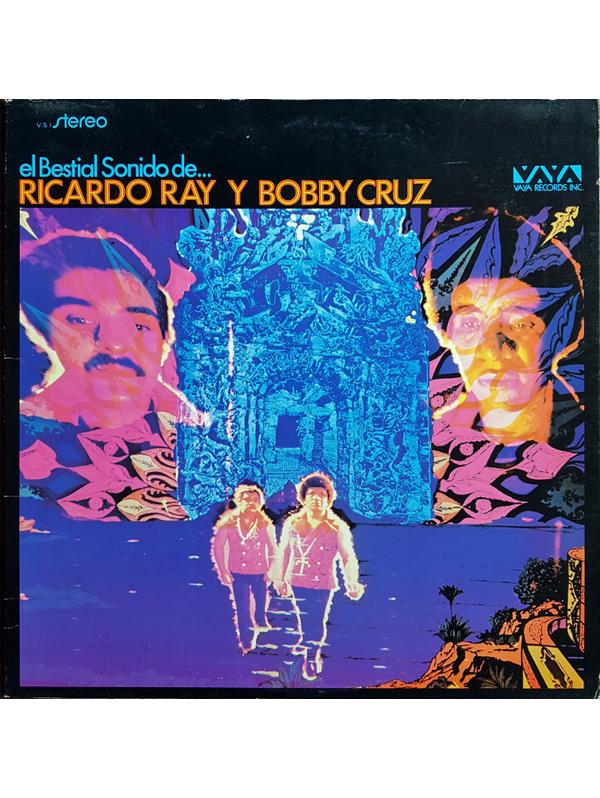 El Bestial Sonido de Ricardo Ray y Bobby Cruz (The Bestial Sound of Ricardo Ray and Bobby Cruz) is the thirteenth studio album released in 1971 by the salsa music duet Richie Ray & Bobby Cruz. Released at the height of their popularity, the album inaugurated a new era in salsa with the inauguration of a new Fania Records subsidiary: Vaya Records. The album, notable for the inclusion of new elements into salsa such as classical music, was an international success, and its title track Sonido Bestial became one of salsa`s most popular songs. The album consecrated Richie Ray as a prodigious pianist, capable of playing a fusion of several rhythms and styles.

This is a true classic -- a staggering, spellbinding salsa experience that opened a new era in salsa with the inauguration of a new Fania subsidiary, Vaya Records. This masterful recording (recorded at Ochoa Recording Studios, Puerto Rico) is a primary sample of the elements that made salsa such a hard-driving, hard-swinging force: uncompromising, propulsive performances. The duo was at this time at the height of their popularity; the title tune remains one of the most remarkable (and recognizable) tunes of the salsa era, with Richie Ray`s maddeningly brutal solo (with allusions to Chopin`s "Revolutionary Etude No. 12" and a bit of Rachmaninoff). Bobby Cruz`s flawless vocals are dynamite in Joan Manuel Serrat`s classic "Señora," and young Miki Vimari is his match in "No Tin Pena" and the showcasing "La Vimari." Incredibly, this recording is untouched by time and remains one of the finest salsa recordings of his day. An absolute must-have.