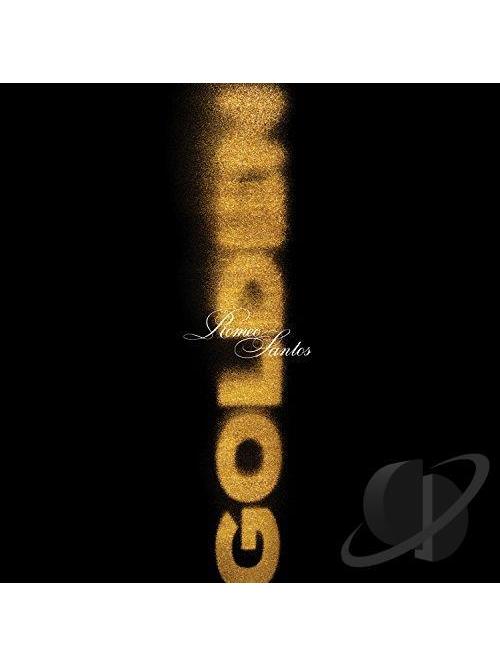 Success has been phenomenal for Romeo Santos, but it does not seem to have rushed his career. Released in mid-2017, his third solo album, Golden, comes three years after Fórmula, Vol. 2 (2014), the same interval between the latter and Fórmula, Vol. 1 (2011). In the meantime, Santos has kept busy collecting accolades and awards by the truckload, as well as selling out Yankee Stadium and playing a small role in Furious 7. Latin music, however, has kept equally busy, and it is to Santos` credit that he does not succumb to the temptation to jump on the reggaeton bandwagon (with one concession) or go all-out for the sounds of mainstream U.S. hip-hop and pop. Instead, Santos sticks to his new bachata sound, but with diminishing returns this time. For someone who has made his name by mixing bachata with other genres, there is a noticeable sameness to much of this material. The vast majority of the tracks were written by Santos and co-produced with sound engineer Mate Traxx (Iván Chévere), and feature a bachata beat treated with synthesizer and hyperkinetic percussion and guitars, sometimes with a whiff of something else just for flavor, but rarely enough to make a significant difference. Santos relies once again on special guests to bring different voices into the mix.

Contrary to his previous records, there is no place for U.S. superstars on Golden, as the main names are Juan Luis Guerra, Julio Iglesias, Daddy Yankee, and Nicky Jam. They contribute much needed variety, but again with mixed results: if Guerra`s more lyrical side graces "Carmín," Iglesias` surprising cameo in the raunchy double-entendre of "El Amigo" is at least puzzling, while Daddy Yankee and Nicky Jam`s obligatory reggaeton "Bella y Sensual" is little more than a rewrite of "Debate de 4" from Fórmula, Vol. 1. Lyrics continue to be a sore point, as all are obsessively about Romeo Santos Casanova Superstar, repeatedly proclaimed as the greatest artist who ever lived and apparently incapable of conceiving women in anything but sexual terms. In short, Santos keeps milling his boyish voice and Latin lover persona in Golden, but the overall impression is of an artist content with basking in the unconditional support of his fan base rather than pushing himself to new challenges. As an album, Golden soon wears its formula thin. On the other hand, as a collection of possible singles, Golden features several highlights such as "Héroe Favorito" and "Imitadora" that should comfortably extend Santos` winning streak on the charts