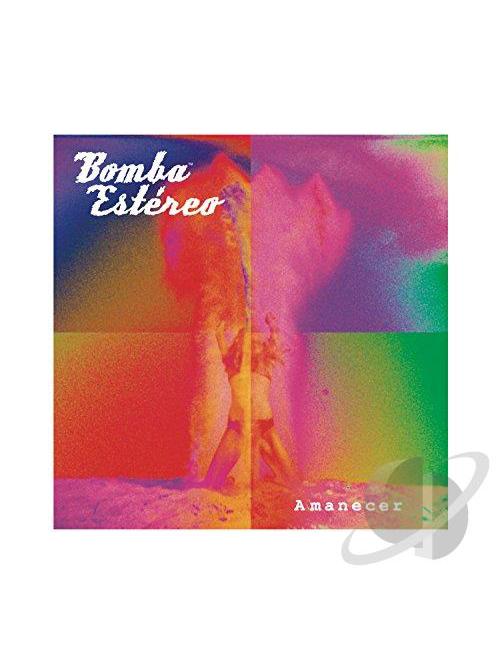 Nearly 10 years after the Colombian electro-tropical outfit Bomba Estero started making noise in the Bogotá club scene (and then popped up on music lists galore), singer Liliana Saumet and multi-instrumentalist Simon Mejía are now veterans of the global festival circuit. So it’s only right that for the band’s fourth album, Amanecer (due June 2), they would take things up a notch -- and we’re not just talking bpm.

Indie and self-contained from the get-go, Bomba was recently signed to a major, Sony Music Latin, which paired them up with a new producer, Ricky Reed, of the genre-mashing California group Wallpaper, whose credits also include Jason Derulo`s "Wiggle" and Pitbulls "Fireball."

The result is an album that is still very much Bomba to the core, but it also makes room for new influences. Recorded between the band’s headquarters in Bogotá and Reed’s home studio in Los Angeles, Amanecer should get them more airplay and even more gigs on the world stage. Take the lead single “Fiesta,” a party anthem dripping with bass and champeta that’s as much of an homage to the carnivals of their homeland as they’ve ever recorded, but it’s also a nod to Kwaito, an African genre of music fusing hip-hop, house, reggae, and traditional African rhythms.

The band’s worldly sound on Amanecer is no coincidence, since in the last few years they ventured to new and exotic places like Mozambique and Swaziland to play in various music festivals, resulting in a sort of musical awakening (hence the album’s title, which translates to exactly that).

“The roots of our music are African, so being able to go there was like the most direct connection we could ever have [to those roots],” Saumet tells Billboard. “People instantly connected to our music and they were dancing as if we were at the Barranquilla carnival.”

Adds Mejía, "The band is known for the fusion of tropical music with other sounds. What we wanted to do now was change the color scheme a bit while keeping the essence of that Bomba Estéreo sound. It`s a more electronic-sounding album, with more sung melodies, and a more global approach."

“Musicians from all over Latin America are fusing old school folk sounds with modern electronic and rap styles… the leaders of the scene are Bomba Estereo.”
– ROLLING STONE

“She’s Latin America’s favorite party girl… She’s that woman you want to be friends with. But it’s in those moments of vulnerability and shyness, that she — and the music — is at it’s most endearing.” – NPR