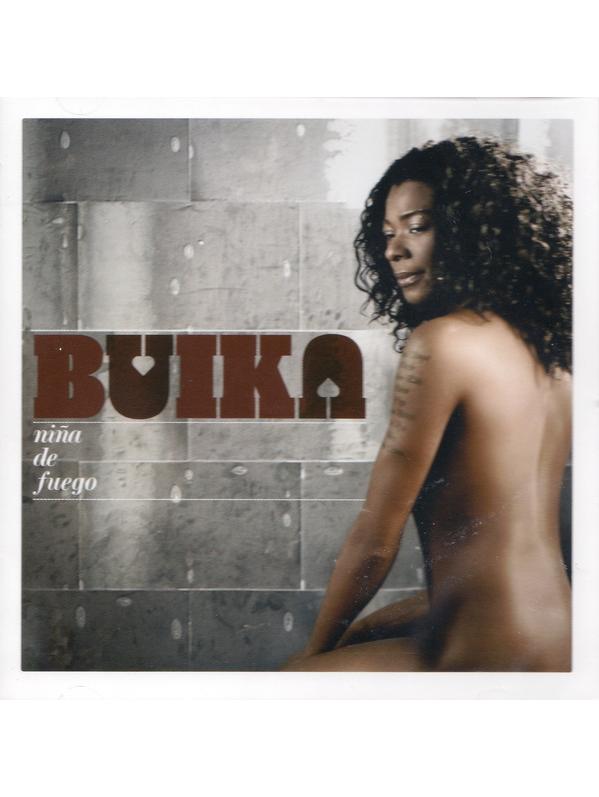 Concha Buika`s parents are from Equatorial Guinea, but she grew up on the Spanish island of Majorca. There she spent much of her childhood in the company of gypsies, who introduced her to their flamenco repertoire and attitudes. Moving to Madrid, she worked as guest vocalist on various music projects until she met Javier Limón, who had just produced the bestselling album, Lágrimas Negras, which paired veteran Cuban pianist Bebo Valdes with flamenco singer Diego `El Cigala`.

The musicians hold back and give Buika`s voice room to breathe. The outcome is an atmospheric suite of mostly moody songs that make this listener wish to be in the singer`s presence, to share the moments of ecstasy and anguish, to watch her reaching for exactly the level of passion she needs to make her point.
The same basic line-up plays on most tracks - acoustic guitar, grand piano, electric bass, hand claps, trumpet - but on successive songs a different instrument comes to the fore, giving the album a feeling of variety and change.
Most of the songs are new, written by Limón or by Buika, but among three standards is a new interpretation of `Volver, Volver`, the ranchera classic that some of us were introduced to by Ry Cooder on his Show Time album in 1977. Impressively, Buika imposes a new shape on the song and claims it as her own. Once an uptempo dance number, its pulse has been slowed almost to a standstill, with nothing but an acoustic guitar to mark time. Carlitos Sarduy provides a muted trumpet solo that Chet Baker would have been proud of. Buika simply opens her mouth to allow the words to find the shapes and space they need.

On receiving a new album, the radio DJ puts stars against the tracks to be played immediately. Of the 11 here, seven are already marked for attention. `No habrá nadie en el mundo` is probably the nearest to flamenco, but is far from traditional. Buika multi-tracks herself on the chorus that carries the song to its rousing conclusion. `Miénteme bene` starts out with a melody very similar to the verse of `When I Fall in Love` but then turns left and becomes a yearning plea for the resolution of unknown desires; unknown, that is, to listeners who don`t speak Spanish. No matter. The ear follows the melody, the heart feels the emotion. (review by Guardian)