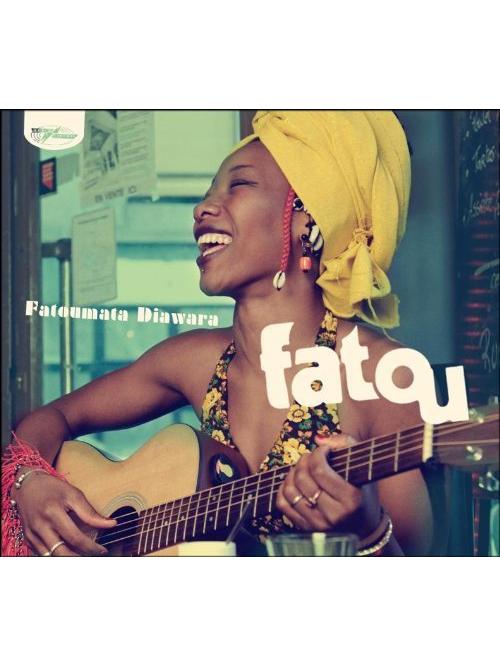 € 15,90
Bestellen Tell a friend
2011 debuut album van deze nieuwe Malinese ster, zangeres Fatoumata Diawara.
Comparisons have already been made between Malian legendary diva she has sung backing vocals for, Oumou Sangare (who Diawara pays tribute to here with "Makoun Oumou"), but in some ways they`re quite different. Sangare paints on as big and involved a canvas as possible, whereas Diawara`s songs are more personal and intimate.
Singing in the Wassoulou language, Diawara`s smooth yet sometimes frayed-at-the-edges voice sits against percussion-centred grooves built from that circling guitar, shaker, calabash (with the occasional addition of kit drum when the pace picks up), and there`s even a cool doodle of Rhodes piano on opening number "Kanou". Songs on everything from the abandonment of children by their mothers to the pointlessness of war point to an overriding theme of the liberation of women from a culture that`s oppressed and abused them for hundreds of years. It`s a brave woman who publicly brings up the subject of female circumcision (why do we still use this polite clinical euphemism for what is in fact radical genital mutilation?) but Diawara - like Sangare before her - does just that on the slow bluesy lament â€œBolokoâ€. This is a beautiful and vital debut album that`s all the more powerful for whispering, not shouting, its message.
Fatoumata Diawara was born in the Ivory Coast to parents of Malian origin and currently is based in Paris. It is this background and blending of different influences and cultures that contributes to the fresh sound on Fatou, her debut album for World Circuit. Musically it is constructed from the simplest of ingredients â€“ acoustic guitar, a sprinkling of percussion and her imposing, but never overpowering, melodious voice. It results in music that proudly respects its heritage and traditions (being informed by the indigenous Wassoulou culture and delivered in her native Bamanankan language) but equally is also forward-looking and progressive in nature.